“Summing it all up, friends, I’d say you’ll do best by filling your minds and meditating on things true, noble, reputable, authentic, compelling, gracious – the best, not the worst; the beautiful, not the ugly; things to praise, not things to curse. Do that, and God, who makes everything work together, will work you into his most excellent harmonies.” 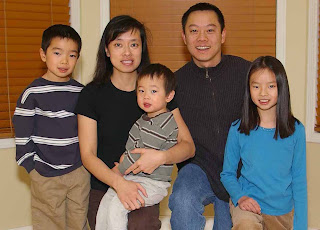 A Look Back. Some years seem to fly by. For us, 2006 was so packed that January feels like both yesterday for its vividness and long ago for all that has happened in the remaining eleven months. After moving in to our home just days before Christmas of 2005, 2006 started off with a flying start as we finally unpacked into “our” home after sojourning for almost 4 years, living out of “just necessary” boxes, in 3 rental homes, and traveling 1000 km away from Vancouver. Years of uncertainty and transition finally gave way to a period of adjustment as Caitlin and Cameron settled into their new school, Julie found a part-time hospital physiotherapy job, Connor got comfortable with new friends at part-time daycare, and Greg finally jumped with both feet into project leading with eMi Canada.
Adjustments. We were thankful for some great ex-Vancouverite friends who welcomed us to Calgary, but besides getting used to the (often) bitter cold and dry air of winter, no doubt the greatest challenge was missing all of our friends and family in Vancouver. Julie’s coffee and desserts with girlfriends, Greg’s weekly Friday night hockey, fellowship and worship with our Richmond Chinese Alliance Church (RCAC) family, the kids’ being baby-sat by doting grand-parents, uncles and aunts: all were difficult casualties of our move but even during the anxious, sometimes overwhelming days of adjustment, we saw in our quieter moments of prayer and reflection, the gracious hand of God as our life in Calgary was assembled piece by piece, in a manner completely unpredictable and uncontrollable if done in our own strength and by our own efforts. 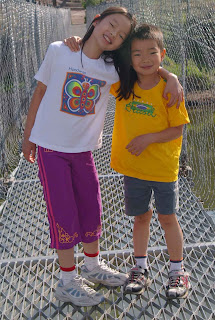 A New Church Home. From our first days in Calgary we visited and then began to settle into nearby Foothills Alliance Church. Caitlin and Cameron thoroughly enjoy the kids program and now even Connor smiles when asked “Time for Sunday school?” Julie and Greg helped out in the nursery with Connor during the spring and summer until his “graduation” to a class for two year olds (Yay!). In the fall we were invited by the senior pastor to join the church and become financially supported as Foothills Family Missionaries. What a warm welcome to the church and a blessing that was! We are now proudly members at both RCAC as well as Foothills Alliance. 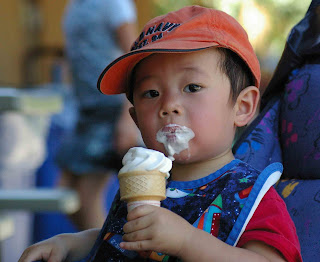 eMi Recap. Project cycles for eMi follow the typical school pattern of Spring, Summer and Fall because of the integration of architecture and engineering student interns on project teams. Greg’s first team this year traveled to João Pessoa, Brazil in January to design a new residence for a YWAM ministry which houses and educates homeless street boys. It was eMi’s third trip to this site since 2000 as a continuing service to this growing ministry.

In July, Greg returned to Brazil with another team to nearby Recife to design a Camp Retreat and Orphanage for a ministry to the poor called Kid’s Place. One of many blessings during this second trip was when the team visited the YWAM base in João Pessoa; a visit where Greg hand delivered the completed Project Report and Construction Documents which his first team from January completed at home after several months of hard work.

Greg’s final project trip of the year was in October to the southern Africa country of Zambia. There his team helped a local pastor to develop a poultry business to promote stable employment, provide locally raised healthy and affordable food, as well as create a source of funding through profits for church development projects.

Check out previous posts for more project details and the Photo Gallery for lots of pictures!

A Good Year. Looking back at 2006, we can only be thankful. Our friends, family, churches and ministry partners have provided prayer and funding to uphold our family so that Greg can serve at eMi and after some financial uncertainty late in the year heading into 2007, we are thankful for new and renewed commitments from a number of people so that even though support raising and maintenance will always remain an ongoing effort, we are greatly encouraged that Greg can remain focused on applying his efforts to organize and lead teams as well as help to grow the ministry of eMi Canada. As our CEO in Colorado recently stated in a year-end report “We have had a busy and successful year. (The statistics) are not evidence that God is with us in the work of eMi. Rather, these statistics indicate the context in which eMi staff, interns and volunteers have experienced “God with us” in 2006.” I believe this statement also applies to our first full year as a family here in Calgary. 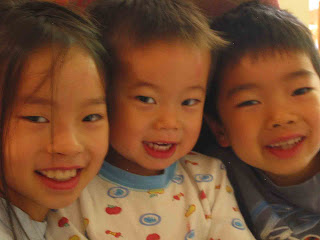 Looking Ahead. We are looking forward to a year with no thoughts of packing, moving, unpacking, or (extensive) renovations! In the spring of 2007 Greg will be at both the Vancouver and Edmonton MissionFest conferences to promote eMi Canada. At the Vancouver conference, Greg will be leading an adult seminar as well as participate as a panel member for a youth careers workshop. Projects in the works for the summer and fall include an orphanage in Haiti and a Christian & Missionary Alliance MK school in Central Asia. We’ll keep you posted!
Posted by gregorio at 1/16/2007 12:30:00 pm