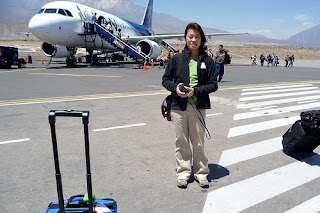 Toward the end of November, I participated on a one-week medical mission trip in Peru with Medical Ministry International (MMI). Among many other firsts for me, it was the first time I travelled internationally on my own and it was the first time I joined a mission trip without knowing anyone who would be involved. Needless to say, I was quite nervous but also very excited to step into this adventure. As I headed to the airport I could hear Him softly whispering “Trust Me”.

After maneuvering through three airports, I arrived in Arequipa, Peru’s second largest city, with all my luggage and important documents still intact. Our team was brought to a beautiful guesthouse to stay for the week. Our work began the next day with going to a police station where we were given space to set up our clinic. The patio and upper room were filled with donated equipment including many walkers, wheelchairs, crutches and canes. That afternoon, I and five other volunteers headed out to an outlying town called Ayaviri to open a smaller clinic. We brought as much equipment as we could stuff in and tie on top of our van.

During the drive, we saw wild lamas and sheep wandering in the pastures alongside the road. The scenery was spectacular. The elevation of Ayaviri is about 1200ft (400m) so the weather changed from being pleasantly warm to freezing cold. The altitude gave us all massive headaches for most of the day. 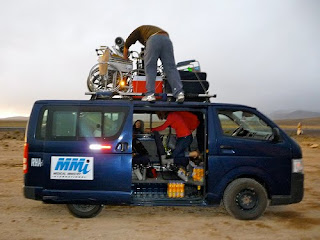 In both Ayaviri and nearby Canabilla we treated a great variety of patients, from a one-week old baby to the very elderly. We fitted many people with wheelchairs and walking aids, taught countless exercises and answered questions the best that we could through our translator. We became very creative with designing supplies out of duct tape. The people were always so very grateful for the help we could provide. By the end of our two days there we were all exhausted but agreed it was a very rewarding experience and we were all glad we had chosen to go. 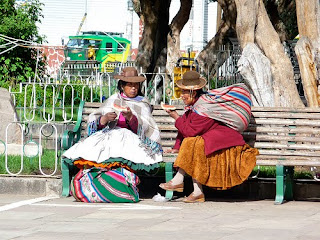 The following three days we rejoined the rest of the team in Arequipa and worked in the clinic. I saw several children with terrible, untreated deformities that if treated earlier, they would likely be able to walk. Many elderly women complained of back and hip pain from years of being bent over working in the fields. On several occasions patients shed many tears as they revealed their sad or tragic stories to us. It was an opportunity for prayer, to show Christ’s compassion and provide hope and tangible help. One patient was so grateful for all she had received that she said we were “like angels that have come down from heaven.” 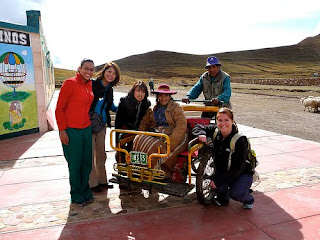 It was a very busy and exhausting week where I was challenged mentally, physically and spiritually. I did not even have time to think if God was truly there with me. However, as I reflect on the many times I was fearful and overcame that fear, when I felt inadequate and succeeded, when I was exhausted and carried on, when I felt lonely and someone came alongside; I realize that God was with me every step of the way, whispering, as He always does “Trust Me.” 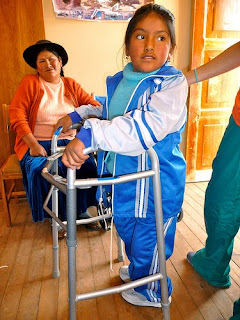 I want to say a huge “Thank you!” to everybody who encouraged me, prayed for me and supported me financially to make this trip possible. All of you had a part in making a difference in my life and in the lives of the people I met and treated.

To see more photos and read their descriptions, visit our Flickr page here. Look for a set of photos titled Arequipa, Peru with a picture showing me at the airport. 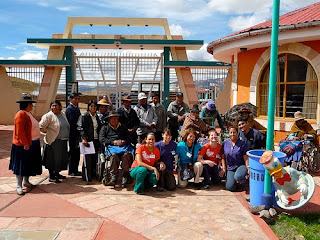 Wow, looks like a great trip, Julie!! I loved seeing the vibrant colours in the photos. I'm so glad to hear you had such a good experience. -Joan