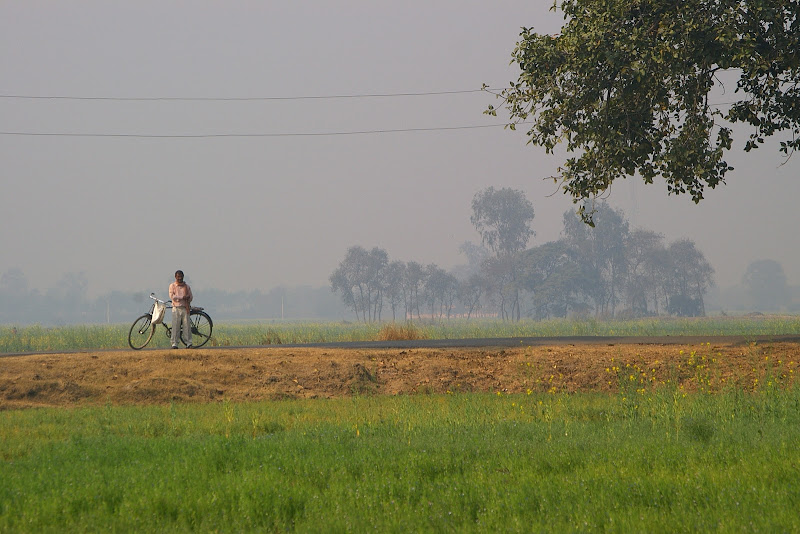 Our destination. The Indian state of Bihar is not a destination for tourists.  Most Indians consider it backward, lowly and not worthwhile.  Whenever I or others on my team mentioned our final destination to someone familiar to India (like fellow airline passengers) it was invariably met with "why would you ever go there?"

The statistics. Bihar is India''s 12th largest state but has its 3rd largest population: 90 million people.  Close to 85% of the population live in villages and almost 85% of the population is under the age of 25.  All these people live in a state that is slightly smaller than the US state of Kentucky and twice the size of the Canadian province of Nova Scotia.  While the estimated level of poverty (living on under $1.00 per day) for the country of India is 24.3%, it is 41% in Bihar. The context. The majority religion is Hindu (83%) followed by Islam (16%).  This leaves 1% for "others", including Buddhism which was once prominent (Buddha is said to have found enlightenment in this state), but was forcibly pushed aside a few centuries ago by Islam.  Christianity barely makes a mark here as this region of India has often been referred to as the "graveyard of missions", both figuratively and literally.

The ministries. However, in recent years there have been new efforts to live out the love of Jesus as Christian ministries have begun to operate schools, dig many wells, advocate and provide vocational training for women without status (widows & single mothers), open orphanages, build community by establishing churches and train local pastors.  Our eMi team helped two such groups: Transform India Movement (TIM) led by Pastor Biju Thomas and Emmanuel Christian Fellowship Center (ECFC) led by Rev. EA Abraham. 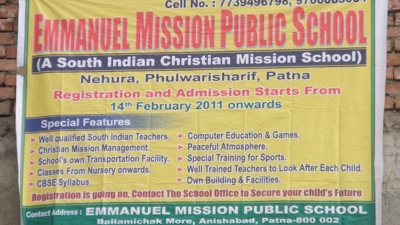 Impressions. Our team landed in Delhi and took an overnight train to Patna, the state capital of Bihar.  What struck me as I travelled by train, plane, car, and rickshaw through India is that even 60 years after independence from Britain, India remains an interesting and unmistakable blend of Indian culture and its colonial past.

The food. I found the food to be amazing and any thought that I would lose weight on this project trip (an easy "diet plan"), soon disappeared.  Fresh baked naan, varied spicy curries and basmati rice, all of it was good and affordable everywhere we went. 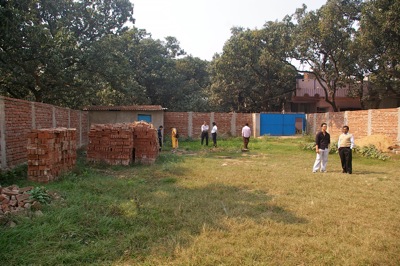 The project properties. Both ministries were looking for a design to house key ministry functions: administration, teaching and housing.  But while one property was on an urban, small lot (TIM) the other was on a rural property surrounded by farms (ECFC).  We had brought one team to design both facilities.  We had Angie (civil engineer - water and sanitation), Ty (structural engineer), Dan and Dirk (architects), Jason (architecture student intern), Stephen (civil engineer student intern), Ivy (architect and eMi2 staff) and me.

Our headquarters. We stayed in a local hotel as our office for the week and went to each property to measure them, dig investigative pits to understand the soil type and bearing capacity and even poured water into them to learn about absorption rates in order to design surface drainage and underground waste water treatment (septic tanks). 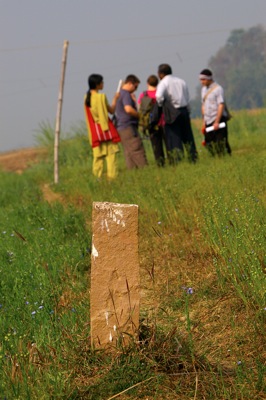 Our work. Round after round of discussions with the ministry leaders and within our team resulted in master plans, building designs, structural design for each building and service design for the handling of both fresh water and waste water.  A week after we started, we gave a final presentations of our designs to each organization, each one tailored specifically to meet the needs of the ministry and for the specific challenges and opportunities of each property.

Being there…priceless. Both groups we served expressed their deep appreciation that a group of professionals would travel so far in order to be so intentional in meeting their individual and specific needs.  We could never have accomplished this by sitting at our desks in North America and they would never have been able to receive this level of service in an environment where the culture does not value what they value and where corruption would result in poor quality service at a greatly inflated price.  ECFC waited two years for eMi to be available to provide this assistance. 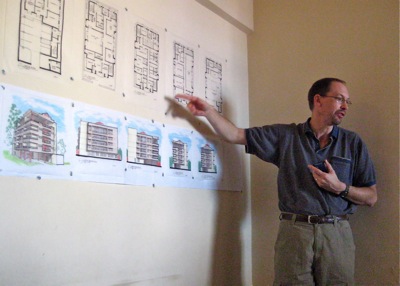 Visiting the local church. Since we served two ministries, we took turns attending their churches on successive Sundays.  At each I had a chance to speak and shared about our oneness in God's family.  Addressing one another as "brother" and "sister" is not merely an attempt at being polite, it is an acknowledgement of the unity we share in our brokeness, our need for redemption from that brokeness through Jesus and the grace, forgiveness, wholeness and new life we now have.

Visiting established schools. ECFC was established 26 years ago by Rev. EA Abraham who is from South India.  Several of us had an opportunity to visit a few of his established schools and orphan homes.  The principle of the largest school we visited is a woman with a graduate degree in public administration.  It is a clear statement of the equality of women (and indeed all people in Christianity) that in this highly segregated traditional community, she has received this position of authority and prominence.  (BTW in the photo below, Angie is singing and playing the hokey pokey with the girls….they loved it!) 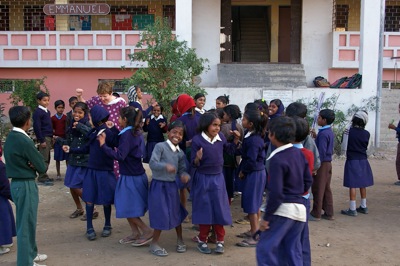 A visit to Mussoorie. After the projects were completed most of our team took the opportunity of being in India to visit the eMi2 office in Mussoorie, about 8 hours north of Delhi.  Another night train and a very windy road up the mountain brought us to Oaklands, at the foothills of the Himalayas and home of eMi in India for 13 years.  Besides resting and visiting, we held a design review of both projects with their office staff.  Later this year, this office will move down the mountain to Delhi, to begin a new chapter of eMi's work and presence in India.

Thank you to all those who have donated to this work through your financial support, encouragement and prayer: you have made this project a reality. 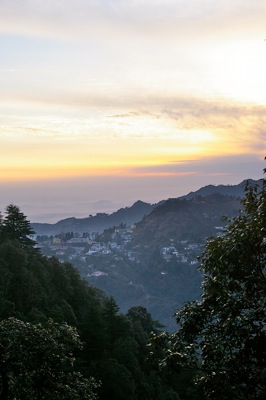