From the months of January to May of 2010, after an earthquake devastated large parts of Haiti, almost a dozen eMi disaster response teams went there to conduct structural assessments of damaged buildings and work together with Samaritan's Purse and Food for the Hungry to design camps for displace people and set up emergency water purification stations.  By May we were ready to begin reconstruction assignments and so that month I went there with the first eMi redevelopment design team.  Today a new K-12 school is under construction (and to come a medical clinic and a church) as a result of the efforts of that team.  On June 4th, I will touch down with my next project team in Port au Prince. Our first stop after leaving the airport will be to visit the property of the new school (rendering below) in order to evaluate its progress.

Following the visit to a past project, the new project will take our team west of Port au Prince to the historic town of Grand-Goave, one of the oldest towns in Haiti.  Estimates of the damage caused to major buildings by the quake in Grand-Goave have been as high as 90%.  We will have a chance to see some of this damage as we arrive to serve the ministry of Haiti ARISE.  At Haiti ARISE we will also see an example of a well-constructed building, and stay in it, when we see their two storey dormitory building that survived the quake remarkably well.

Haiti ARISE Ministries began its work in Haiti in 2002.  Their first initiative was to establish a technical training school and related living facilities, constructed on a 2 acre parcel of land.  This was followed by a church which has grown from 45 members to over 400 members.  Over the years more land has been purchased and the work has included ESL training, monthly rice and clothing distributions, a half-acre community garden and Bible School classes. 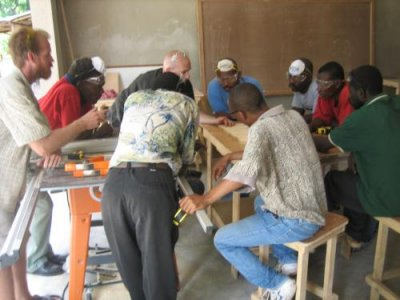 The work of our eMi team will be to master plan an undeveloped 7 acre parcel of land (below) across the street from the main campus and design the buildings for a children's village (orphanage), a new permanent school and a church/multi-function conference centre.  The bottom photo is the current temporary plywood and tin roof school, built by Haiti ARISE on their property after many other local schools collapsed in the quake.

Our team will also take a little bit of time to investigate damage to buildings suffered at another orphanage nearby.  This orphanage, where the founder of Haiti ARISE grew up, will be the recipient of an eMi team in the fall term to turn our investigation into a full design project. 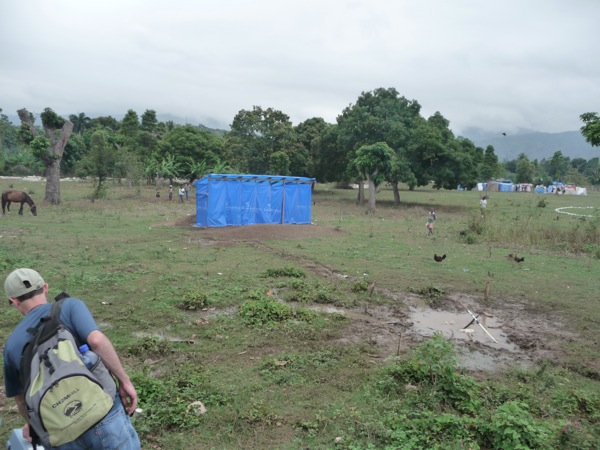 We always say that every project and every project team is unique.  This one will be particularly special for me because this time Caitlin will be joining my team.  Ten years ago I went on my first eMi mission as a volunteer to Belize where the eMi leader brought his 13 year old son Zach.  Now ten years later Caitlin, who is 13 (turning 14 in July), will be on my team.  This will be Caitlin's first journey outside of Canada and the United States.  I look forward to sharing this experience with my daughter as she explores and expands her world and sees the amazing things God is doing in even the most challenging places.

Caitlin will be joined by a good friend from school who's father will be the architect volunteer for our team.  A third teenager, the daughter of our civil engineer, will also join our team and round out the trio who will be volunteering at the elementary school operated by Haiti ARISE as well as helping with their other community service initiatives. 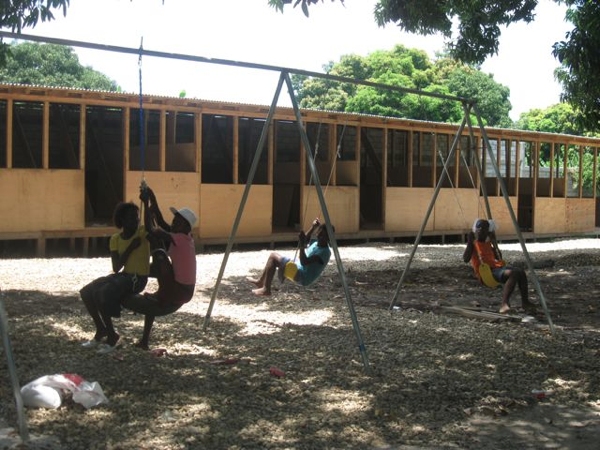 Please pray for our travel safety and good health throughout the trip and remember our families at home as they carry on busy schedules without the help of us who are on this project team.  We'll see if we have a chance to post an entry during our trip, perhaps along with some photos.  It will depend on a satellite internet link and some electrical power (never a sure thing in Haiti).  Besides being able to update our blog, we are hoping we will get some news or even see some high-lights of the Stanley Cup Finals.  Go Canucks!
Posted by gregorio at 5/30/2011 04:17:00 pm